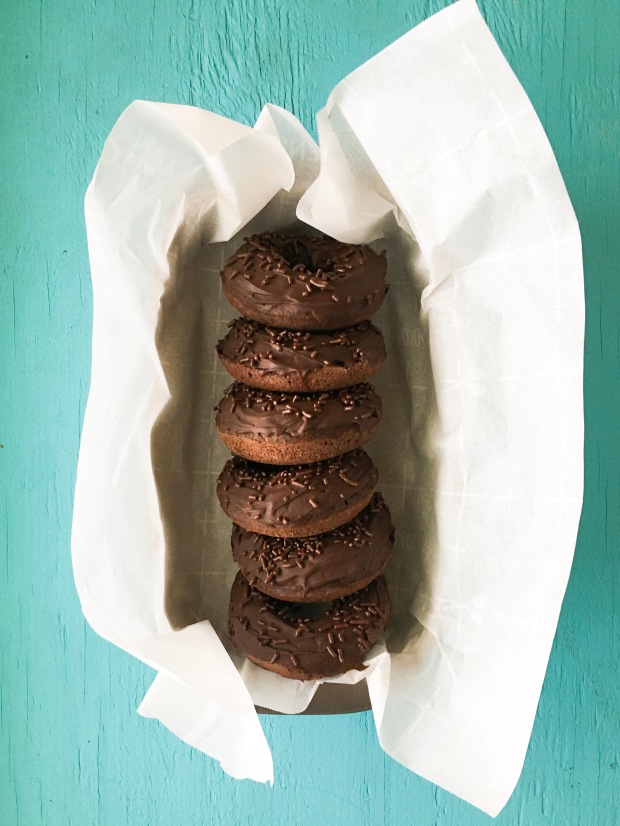 Story of my life.

You know, I’ve actually never been on ‘team donut’ until recently.  There has always been another dessert that has called my name: cookies, cupcakes, ice cream.. you name it.  Really, anything but donuts.

However, Audrey and I have been on somewhat of a donut kick.  It started when we first moved to North Carolina during the middle of last year and we were introduced to the German grocery store – Lidl.  They have an incredible little bakery equipped with donuts.  So, now every time we go grocery shopping, we grab a couple.

It’s becoming sort of a routine.

And our donut consuming hasn’t stopped at grocery store indulgences.  Nope.  Now every time we travel somewhere, we’re on the lookout for cute little donut shops.  Duck Donuts, a made-to-order donut shop that originated in the outer banks of North Carolina opened up a franchise in Jacksonville, about an hours drive from where we live now.  This is the first time I’ve ever had a hot, fresh donut, and let me tell you, their maple bacon and s’mores varieties are incredible.  And then on our trip to Wilmington, we stopped at Wake ‘n Bake, a tiny little shop that has the most indulgent donuts I’ve ever tasted.

I’m pretty sure it’s safe to say we are playing for ‘team donut’ lately.

And I’m definitely not complaining.

Except my waistline is.  And over the months more weight has crept on then it should have.  So, it’s no surprise that the first dessert I’ve decided to lighten up is donuts.

Now I don’t have to be that girl staring at a salad and wishing it to be a donut.  I can just eat the damn donut.  In all it’s chocolate frosted glory.

In a medium bowl, whisk together the flour, cocoa  powder, monk fruit, baking powder, and salt.

In a small bowl, whisk together the egg, almond milk, vanilla extract, melted coconut oil, and applesauce.  Pour liquid mixture into the flour mixture and thorough mix until combined.

Using a spoon, evenly distribute the donut batter into each of the donut spaces in the pan.  Bake for 7-8 minutes, or until a toothpick comes out clean.  Remove the donut pan from oven and allow donuts to cool for about 1 minute before removing them from the pan.  Once removed, cool completely.

For the frosting, place chocolate chips and coconut oil in a microwave safe bowl*.  Microwave in 20 second intervals until chocolate is just melted.

Quickly, before the chocolate sets, dip the top side of the donut into the melted chocolate, and use a knife to spread it if necessary.  Immediately sprinkle with a half teaspoon of chocolate sprinkles.

*You can also simmer an inch of water in a small saucepan over medium low heat, and place the bowl on top, allowing the bowl to rest on the saucepan, but not allow it to touch the water, creating a double boiler.