Hello! I’m here with the only breakfast you’ll ever need. 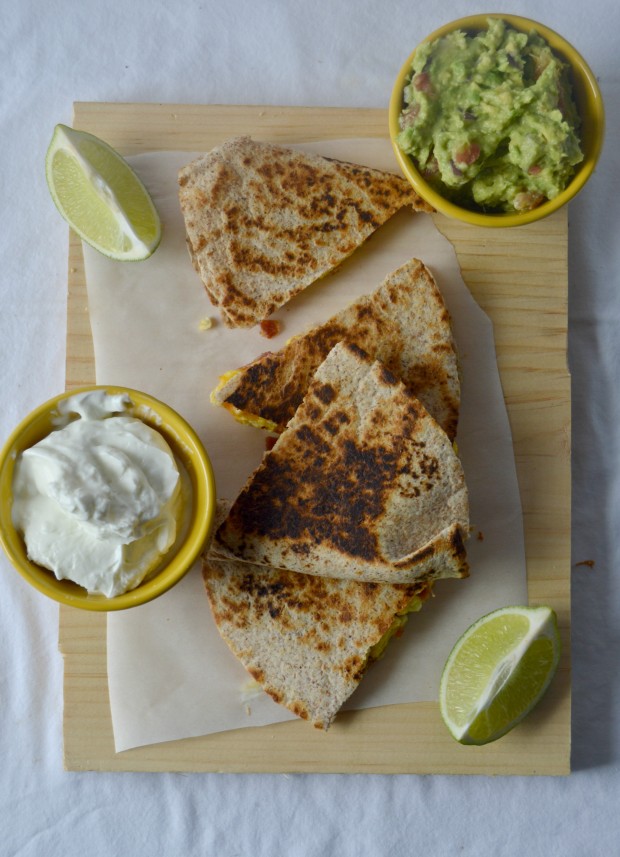 Probably the only breakfast you’ll ever want.

Especially because adding a little southwest spin on the standard bacon and eggs means you can pair it with some homemade guac.

And who wouldn’t want to do that?

Sidenote: I would eat homemade guacamole (or store-bought for that matter) with every meal if I could. 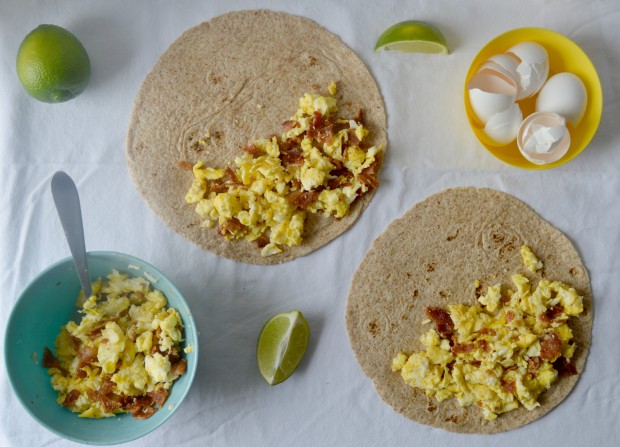 We’re a huge fan of breakfast in this household, but sometimes we want to mix it up while keeping the basics the same.  I shared something similar last Christmas, but wrapped bacon & eggs in crescent rolls in this holiday breakfast wreath and again on top of this breakfast pizza.  I drifted a little from our norm with these breakfast enchiladas by replacing the bacon with sausage – but ended up topping it with bacon anyway.  Because bacon = life.

So, what I’m trying to say is we obviously like our bacon and eggs.

This recipe is no exception.  And the best part is it’s so simple.

And what makes it even better than that is that the finished quesadillas can be frozen.

And I’m all about having some homemade options in the freezer to pull out for something quick.  You can either place them in a preheated 350 degree oven for 15-20 minutes until they are melty and crisped up again.  Or microwave them for a minute (though the crispiness won’t happen in the microwave). 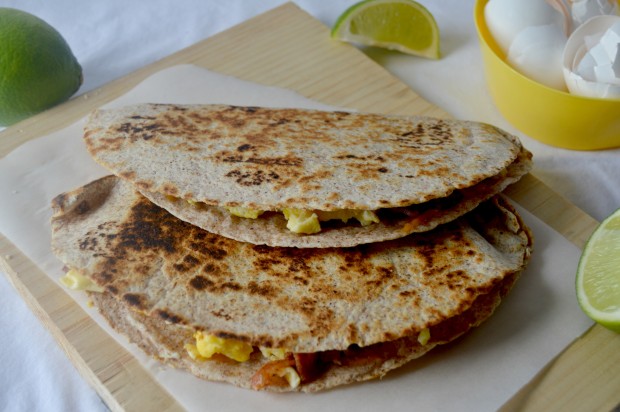 Cook the bacon and set aside until it cools down.  Scramble the eggs.  Crumble the bacon.  Mix bacon and eggs together.

Slice and serve with optional toppings (or freeze for future use).

What breakfast dish will I think of next?