My most favorite time of year! 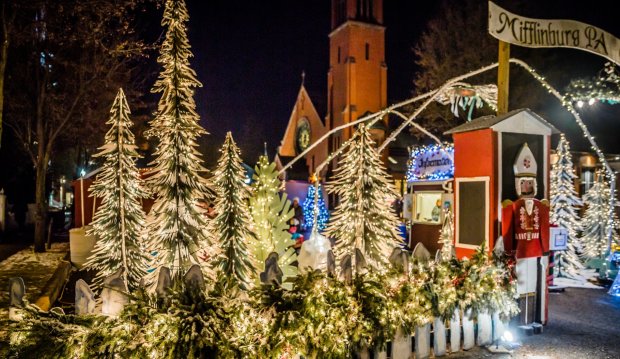 If you’re unfamiliar with the market, it’s a traditional German Christmas market that my hometown hosts each year!  And while it may always take place on the coldest day of the season (I mean, seriously, regardless what weekend it runs, it always seems to be the coldest!) it’s a blast and I wouldn’t miss it!

Hilby the German Juggle Boy – which has always been my FAVORITE.  I mean, who doesn’t love a street performer. On stilts.  Or a unicycle?  Who eats fire.  Yes.  EATS fire. And has a German accent?

Doctor Zither – who seems to follow you around with his wooden sound box, playing German Christmas music no matter which stand you may be browsing.  It really gets you in the festive mood!

Local performances by the town’s school district, an organist, and an internationally known guitarist/singer/composer (whose hometown is Mifflinburg)!

So much stinking food!:

German mushrooms in a wine sauce (absolutely delicious!), Bavarian Knackwrust, sauerkraut chowder, Hungarian goulash, hot mulled wine (a must for all those 21 and over), strudels (I always grab 1/2 of two different varieties since I’m so indecisive and they have so many flavors), apple dumplings (theeeee best apple dumplings I have ever eaten), potato pancakes, bratwurst (which sells out so quickly and always has the longest line, but there’s a reason, folks!), and pierogis!

They even have vendors that make dog and cat treats – because this place leaves no one out! 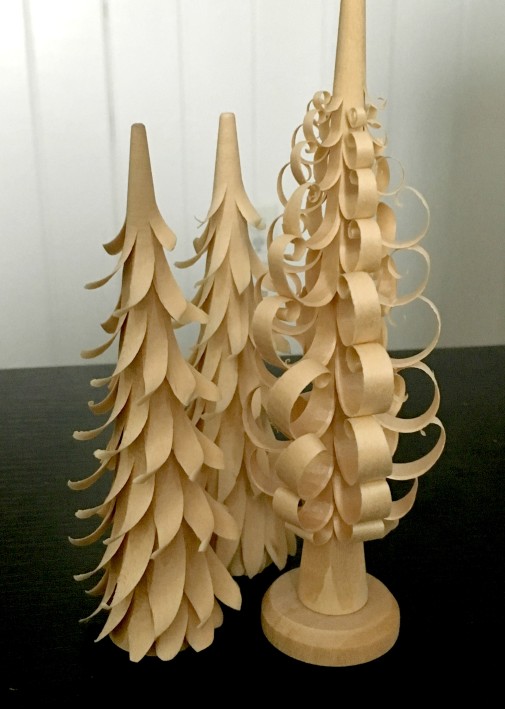 And there’s the craft vendors:

My absolute favorite vendor, though?

The woodcarver.  Because he takes pieces of wood, and creates the most beautiful trees, ever (photo above).

And because I’m always thinking of you guys, I’ve purchased a second “swirl” tree for one lucky winner.   A few years ago, I had purchased the curly tree – which used to be the only variety that was made.  I had every plan of purchasing one of those again, but then I saw the swirl trees and fell in love.

So, on the seventh day of Christmas gifts, one lucky winner will receive: a 15 cm carved wooden tree, a decorated to-go mug, a 1lb bag of organic whole elderberries, a box of macarons, a wire bow ring, gingerbread bath products, and a cowl!

So, seriously.  Head over to the giveaway and enter!!

And if you just so happen to find yourself in central Pennsylvania on the weekend the market is operating, go!  Although, be forewarned, the crowds are insane but totally worth it.

One thought on “twelve days of christmas gifts (7)”