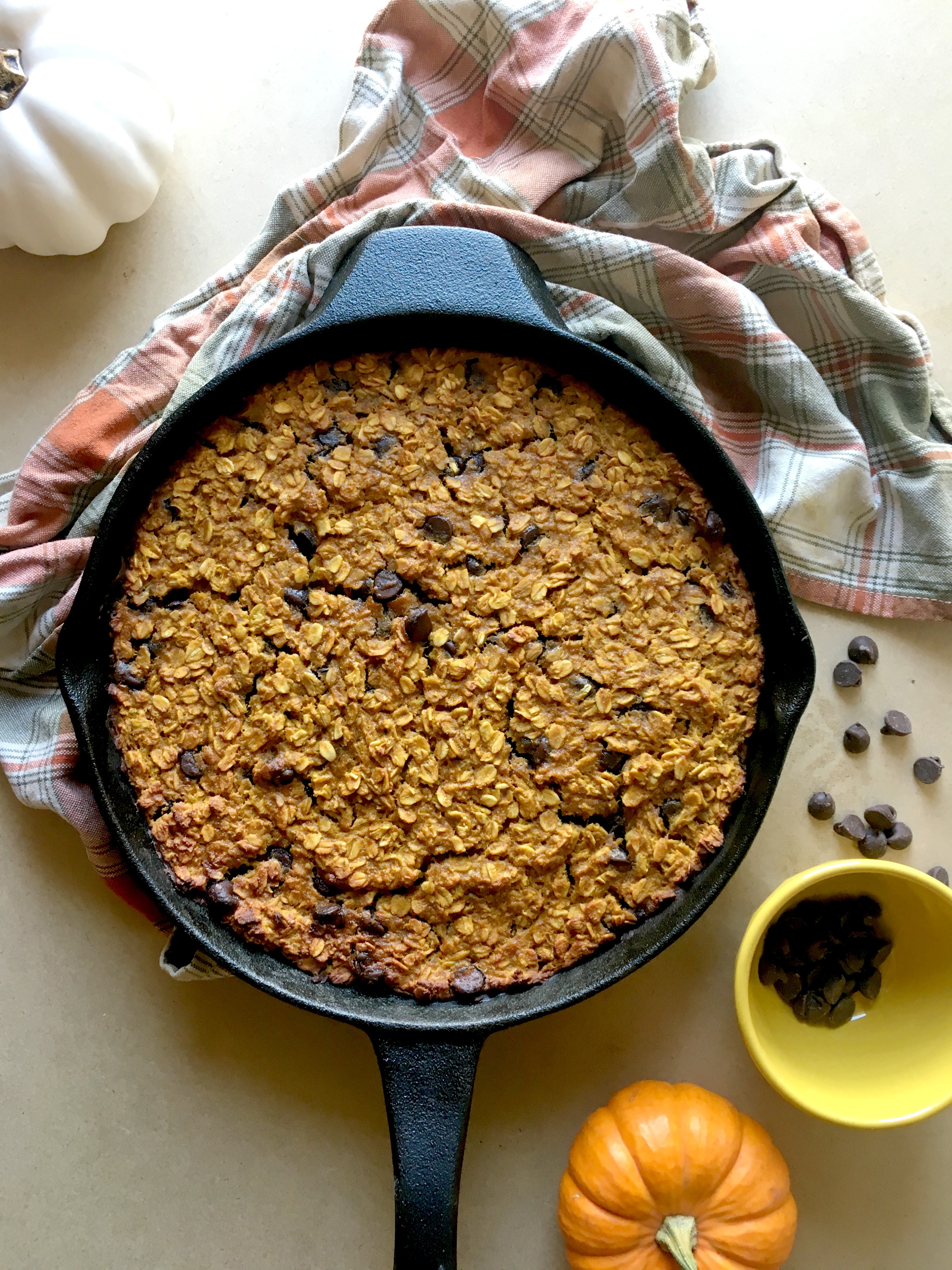 Do you ever sit there and think who thought of pairing different food items together?  I mean who in the world thought to dip their grilled cheese sandwich into tomato soup?  Or combine chocolate and peanut butter? Or pour maple syrup over their pancakes?

I could go on with these famous food combinations for days, but to avoid boring you, I won’t.

I will however, on the first day of Christmas 2017, share a relatively new, but epic, flavor combination in this super easy baked oatmeal: chocolate and pumpkin.

I’m pretty surprised that I’ve barely eaten any type of oats this year.  Typically as the weather starts to cool down, I move away from protein shakes and go more towards a bowl of hot oatmeal.  Sometimes if I’m lazy, I’ll even prep some overnight oats for a no-fuss morning, or if I’m feeling a little more extravagant, I’ll make some granola and pair it with yogurt.

But this year?  Nada.

So, I knew it was about time to make something oat-related. Which led me to make this pumpkin baked oatmeal.  Loaded with chocolate chips.  The same week that my sister was visiting and made some apple pie baked oatmeal. 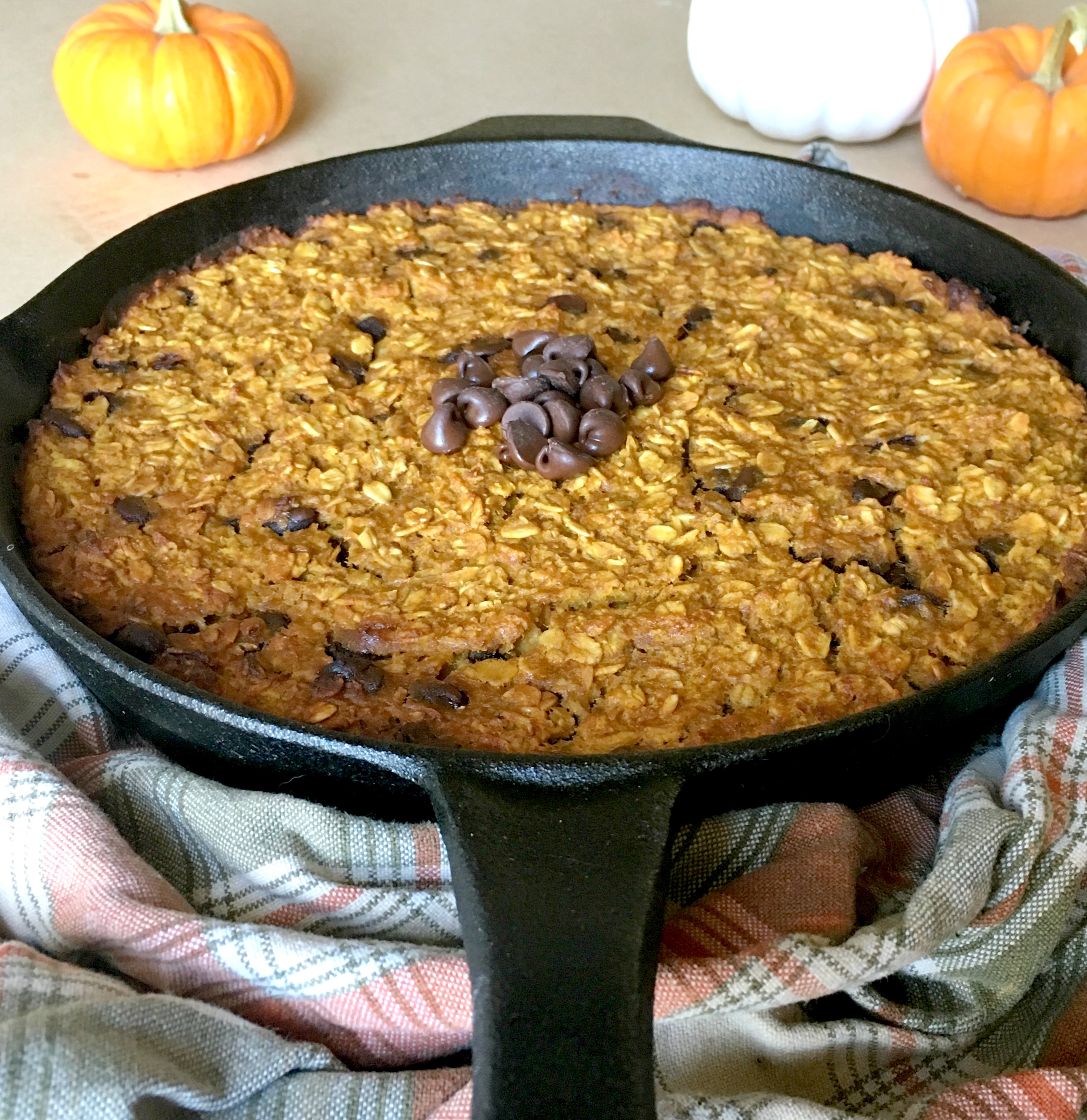 I’ll have to admit it.  My sister’s baked oatmeal was way healthier. But as you know, I’m no beginner when it comes to having chocolate for breakfast, if you can recall my single serving black forest pancakes, my chocolate covered cherry smoothie bowl, or my dark chocolate peppermint crunch pancakes.

However, this oatmeal is quite decadent, so I would only serve it for special occasions.  You know.  Holiday get-togethers, first day of winter break, and successfully completing finals.

That sort of thing.

Or you can be like me, and make it on a random Monday.

And eat leftovers for breakfast on Tuesday, Wednesday, and Thursday.

To each their own.

If you’re a bit hesitant about eating chocolate for breakfast, you can even cut down on the chocolate chips and use 1/2 cup or 3/4 of a cup in the recipe.  But I knew I wanted chocolate in every. Single. Bite. So, I went ahead and added an entire cup.

Preheat your oven to 375 degrees F.

In a large mixing bowl, add the oats, baking powder, cinnamon, and salt.  Stir until combined.

Add the liquid mixture to the bowl with your oat mixture and stir until combined.

Stir in the chocolate chips.

Bake in preheated oven for about 35-40 minutes, or until the oatmeal is set and cooked through.

Let cool for at least 5 minutes before serving.

*You can use whatever milk you have on hand.

Not a sweets for breakfast fan?  Don’t worry, I’ve got two more recipes coming your way before Christmas Day!