I swear I was born in the wrong era. 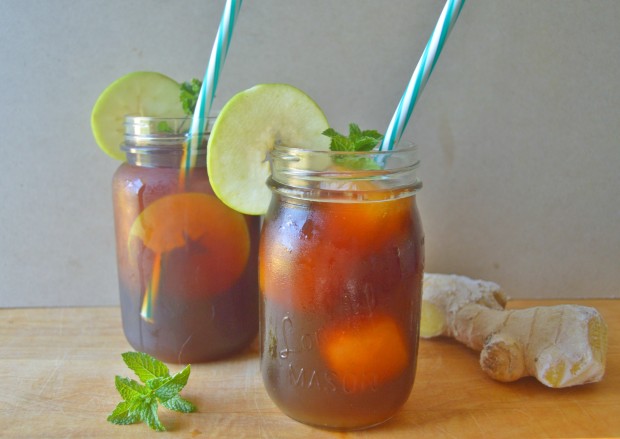 And I’m not talking about wanting to be born in the fifties or sixties, either.  I’m thinking way back.

Back to when life was much simpler.

Because who knows me to want something to actually be simple. Ha!

Who knows why I’ve always had this longing.  Maybe it was my fascination with the Little House on the Prairie books?  Or the movie Anne of Green Gables?  Honestly, it could have been a combination of anything and everything that took place from that time (the late 1800’s – early 1900s, for those of you who are unaware of the timeframe I’m speaking of).

So, it seemed only fitting that when I saw Turkey Hill’s new haymakers line a few months ago that I would have to purchase The Original Cider flavor.  Because cider is my favorite. Obviously.  Anyway, haymakers was  a nickname given to switchel drinks back at the turn of the century and if you’re uncertain what switchel is – it’s a vinegar-ginger water.   Yup, sounds appetizing doesn’t it?

Don’t let me fool you.  This stuff was freaking delicious.  I found it difficult to stop pouring myself glass after glass and finishing the entire 57.6 ounces in less than a day.

And while I’m definitely going to be purchasing more of the Turkey Hill drink, I figured I could make my own and save myself the massive intake of sugar.

And for once in my life I had every single ingredient needed.  Molasses. Apple cider vinegar. Ginger. Water.

It also took no time to mix up, either. By the way: I generally keep a nice sized piece of ginger in freezer –  freezing the ginger makes it super easy to grate.  So, when I came in from finishing yard work, I was able to whip it up quickly.

And the best part?  My dad drank two glasses when he had finished with his yard work, and stated [the following day] that recovered so much better than when he hydrates with just water afterwards.  I guess those farmer’s knew what was up, right?

Andddd the little lady was a fan, too. Mom win. 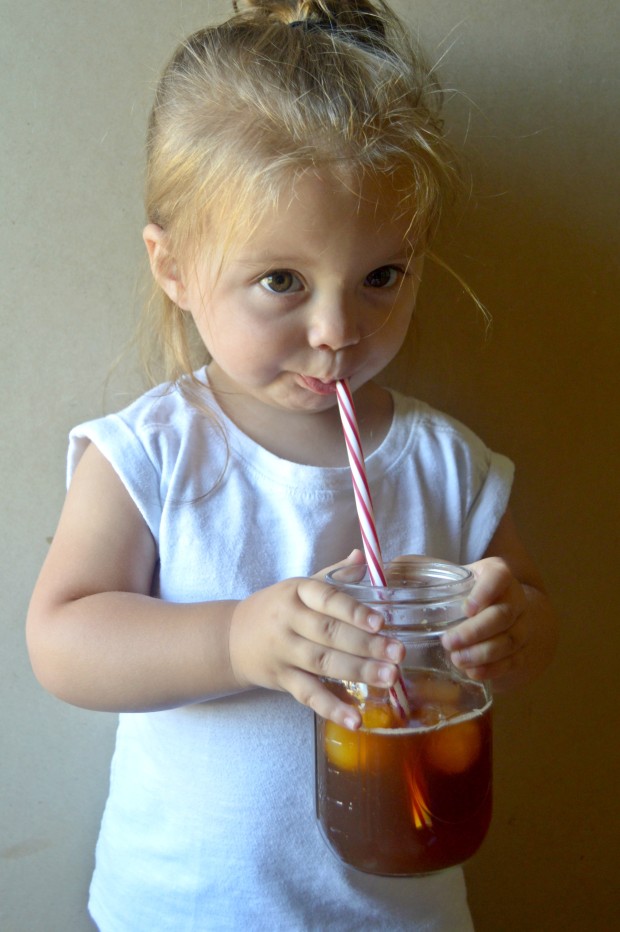 But, please note: this will not taste as sweet as the Turkey Hill recipe.  You will taste the molasses first and foremost but then you will notice the switchel has a subtle hint of vinegar flavor.

Mix ingredients together.  I like the flavor of molasses, but honestly, you could use any liquid sweetener you prefer: honey, maple syrup, agave.  However, I can not tell you how the drink will taste with the change.  Also, I would recommend starting with less sweetener and working your way up to a desired amount.  You don’t want the drink to coat your mouth since it is supposed to be a refreshing summer drink.

Benefits of drinking this?  Since ginger makes up a key part of the drink, you’ll ease inflammation, you’ll get an electrolyte boost from the potassium-rich molasses and apple cider vinegar.  The apple cider vinegar will also balance out your body’s pH levels and detoxes your body.  The ginger boosts your body’s immune system. And the molasses is a natural bone booster that contains 50% of the recommended daily calcium allowance, 95% iron, and 38% magnesium.