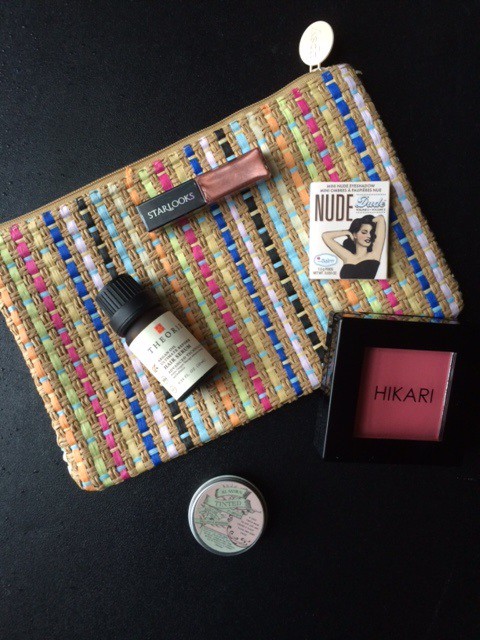 1.  I completely overestimated the size of this town.  After moving here with a job and then quitting shortly after, I have found it almost impossible to find another one.  At this point, I’d be willing to do almost anything.  I even applied to the local correctional facility – where during an interview, I tripped over my pants and almost face planted in front of 800 offenders.  Yup, that’s a job I’m pining over.

2. Since I’m jobless and the spring semester of school is about to end, I decided to amp up my workouts by joining the Tone It Up girls in their 2015 bikini series.  Yesterday we were challenged to do something we’ve never thought to attempt before and while they probably meant go on a long ass bike ride, I took it upon myself to cut off all of my hair.  15 inches of my hair to be exact.  Well, it wasn’t something I’ve thought about doing before so I assume I succeeded in the challenge.  What can say?  I go all out.

3. I finally have another food photo accepted on foodgawker.com.  It’s probably insane the amount of pictures I’ve submitted to them throughout the years and have only ever had two accepted.  What can I say?  I’m not the best photographer in the world.

4. After watching what we could of The Following, Bate’s Motel and Criminal Minds, we needed another show to pass the time.  We finally started watching Mad Men from season 1.  Not only that, I started watching Gilmore Girls from the very beginning as well.  Help.  I need a life!

5. I swear, receiving Ipsy bags (photo above) is like Christmas!  April’s bag was pretty impressive with Theorie hair serum, Hikari blush, theBalm eyeshadow (and I just typed “eyeshower”, in case you were wanting a good laugh), Starlooks lip gloss, and Mullein and Sparrow lip/cheek tint.  Not bad!  So far I’ve used everything except the lip gloss and I’ve liked the products so far, but I’ve also liked some of their skincare products in the past and they’ve caused me to breakout like a young teenager who ate too much pizza.

7. Which reminds me, I have an astronomical amount of pins on Pinterest.  Should I state yet again that I need a life?

8.  Since relocating to the central Virginia area, I’m not quite sure where to travel during the weekends.  Does anyone live in this area, or have frequented this area, and could give me some ideas?

9. This past weekend we drove up to Pennsylvania and made it almost the entire trip there and back without hearing “Uptown Funk”.  It was surprising, considering when we moved down here – we heard it approximately once an hour.

10.  This rap battle is absolutely hysterical.  Especially because my family is made up of all Marines and Frank is in the Army.  I liked how it actually battled and didn’t just belittle the Army – and the lyrics were spot-on as well!